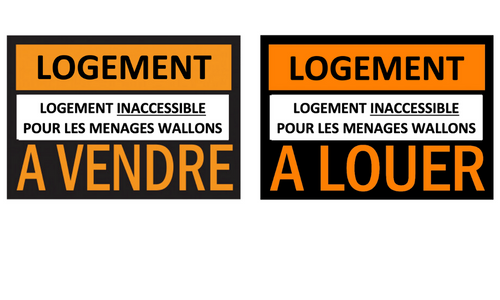 Focus UPSI – How can we improve the management of appeals to the Council of State?

Not a day goes by without a permit application having to go through the Council of State or being withdrawn for modification in order to avoid publicised suspension or cancellation. This was recently the case with the Beer Temple, the highly publicised project to convert the historic building of the Brussels Bourse into a place of pilgrimage for beer lovers on the eponymous square. Inter-Environnement Bruxelles (IEB) did not hesitate to speak of “a sleight of hand by the Brussels Region to save the permit in extremis”, denouncing in passing the partial demolition of a listed building and a violation of the CoBAT (article 232). IEB also thumbed its nose to the Council of State which, in other cases, has not hidden “its annoyance at these delaying tactics”.

In another Brussels dossier, it is not an association or a residents’ committee but a private company that is opposing the permit submitted by Bruxelles-Mobilité and issued by the Region for the development of a major urban boulevard: the one joining Avenue de la Toison d’Or and Boulevard de Waterloo, along the Petite Ceinture. Interparking, the main applicant, argues that the Region is both judge and party in this case since it introduces and issues the planning permission.

Without questioning the principle of being able to appeal to an authority above the fray to assert the rights of the parties in the matter, it must be admitted that the legal insecurity, complexity and slowness of the current procedures for granting planning and environmental permits are counter-productive at every level, both for the private and public sphere.

It is this chronically counter-productive and dead-end use of appeals that UPSI wished to put under the spotlight on Tuesday 22 November in Wavre (Sucrerie), during a seminar that addressed the latest case law on appeals against permits, but also against permit refusals. A survey recently coordinated by UPSI among its members concluded, among other things, that the average total duration for obtaining a permit was close to four years in Wallonia and nearly six in the Brussels Region, where just the management of the file by the administration already takes three years on average (2020-2022 figures).

Revision of deadlines and strengthening of the framework
UPSI had invited two auditors at the Council of State, Virginie Rolin and Jean-Baptiste Levaux, to speak: a first, which Aubry Lefebvre, the co-chair of the UPSI Residential Commission, did not fail to note. The two auditors first reminded or explained to the large audience how the Council of State works and rules on appeals by analysing the lessons to be learned from a series of concrete cases. The speakers then discussed the prospects and reforms envisaged to improve the management of the current procedures in this matter. And the information presented in advance to the sector is going in the right direction: processing times will be shortened, and human resources will be gradually increased. Eventually, no fewer than 32 new auditors and 14 new advisors should reinforce the current framework, which is quite overwhelmed by the influx of cases, especially those that are extremely urgent.

Needless to say, this particularly hot topic did not fail to provoke exchanges and reactions from the participants present, who, like UPSI, were very keen to see a change in the management of appeals aimed at better defending projects of general interest, both private and public, against reckless and vexatious procedures, which are increasingly numerous. 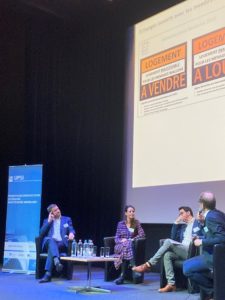 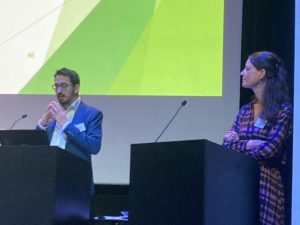