Where are the additional square metres for housing in the Brussels of tomorrow?

Mr. Rudi Vervoort: Brussels has long been criticised for its lack of land reserves, with the suggestion that public authorities were leaving it to private developers.

The Champs des cailles, Marais Wiels, Friche Josaphat, Keyembempt, Dames blanches… there are nearly 42 hectares of building land that can be used to anticipate initiatives and development operations that are in the general interest.

More than simply the future of public land, it’s a question of examining the role of a public land reserve and putting the general interest of the inhabitants of Brussels back at the centre of discussions to ensure the proper development of the city of the future.

Mr. Pascal Smet: We have to be fair, for a long time Brussels urban planning and development was far from exemplary. Cars almost entirely dominated our avenues and squares, our beautiful heritage was completely neglected and sometimes even demolished, and soulless architecture was everywhere. As a result, the middle class left large parts of the city and chose to live in the suburbs, with its corresponding lifestyle. The term ‘Brusselisation’ found its way to literature and reminds us to this day of the prevailing urban vision in our city from 1958 until the end of the last century, with some offshoots.

But Brussels has made the transition, driven by a positive, energetic and international generation of metropolitans who do not consider Brussels as a missed opportunity, but as a huge potential.

Many of our squares have become places where people can connect with each other again. More and more avenues are no longer urban motorways, but urban boulevards. Our heritage is once again getting the recognition it deserves and attracting visitors from far beyond our borders. And our architectural scene is booming and eager to give Brussels back a face with a strong personality. But at the same time we see that people now increasingly have to leave our city out of financial necessity.

As a Brussels policy maker, I consider it my task to take the initiative in transforming Brussels into a city for people. In our daily policy and in the urban development instruments we develop, such as the new Regional Urban Development Regulations ‘Good Living’, we facilitate the paradigm shift from a city for cars to a city for people. From grey to green spaces. From demolition to renovation. From empty roofs to lively roofs. And from monofunctional to multifunctional.

But as a Brussels policy maker in Brussels, I also consider it my task to keep the city affordable for the next generations of positive, energetic and international metropolitans. Therefore we must continue to build in a sensible manner, also in height. A new necessary shift that does not conflict with the transitions we are already achieving today, but that complements them.

Ms. Nawal Ben Hamou: Although the new acquisition strategy and the excellent partnership with the promotion and construction sector are making good progress with increasing the public housing stock, it is clear that the procedures for property development and renovation are too complex and time-consuming.

The Secretary of State for Housing is calling for possible improvements and is advocating a truly integrated, project and solution-oriented approach by the various competent authorities, to ensure the rapid completion of housing projects. 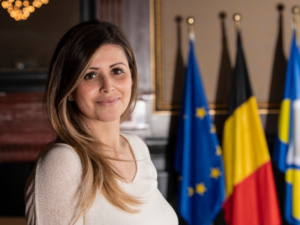 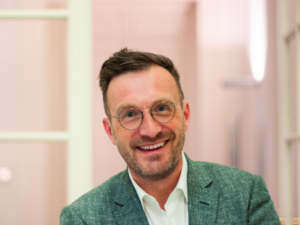 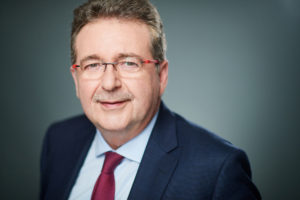